Short guide about uniforms in the Boshin war

This short guide has the intention of help to paint your miniatures.
Most of the uniforms used on the Boshin War were of western style for modernized troops with some japanese touch, like the jingasa (war hat),  jinbaori (coat without sleeves), etc.The uniforms were usually dark (black, dark blue). Some traditional troops worn japanese clothes, or a mixed of both. 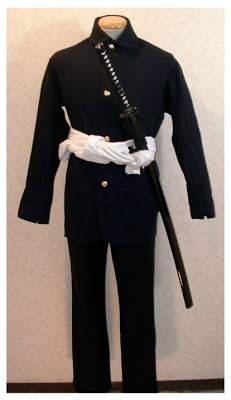 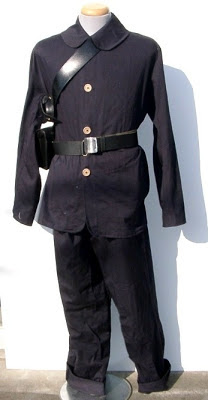 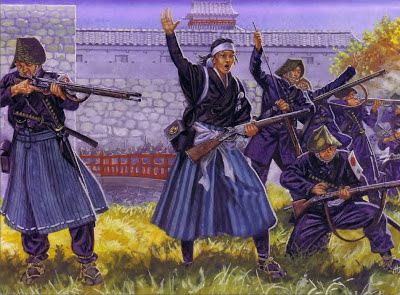 They worn their clan emblem on a small fabric slip on the upper left sleeve. 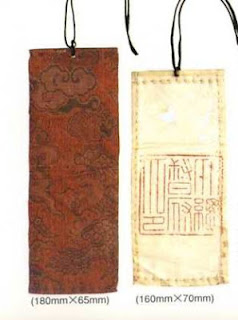 Kingire: Emblem of the Imperial court troops to distinguish them from the shogunate troops.
Gold brocate with white back. 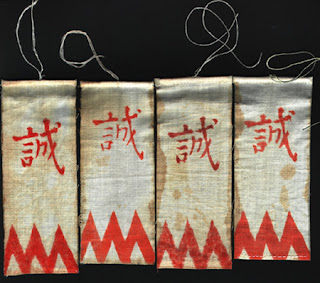 Many types of jingasa (war hat) were used during this conflict, for officers and NCOs their marks were distinguished with gold lines and heraldry. 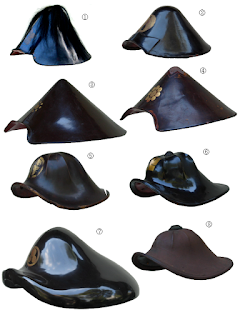 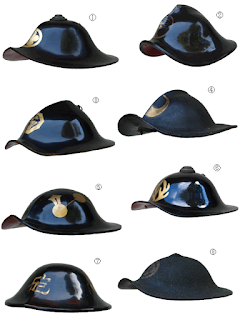 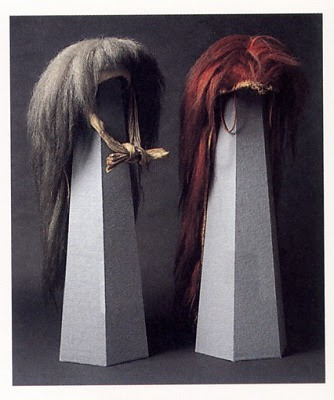 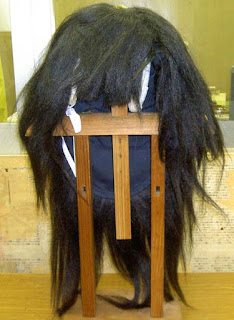 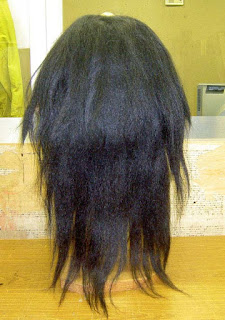 We are a small company especialized on the 19th century in Japan, the last years of Tokuwaga Shogunate, also known as Bakumatsu and especially during the Boshin War (1868-69).
Our figures are 28mm and they are sculpted by the very talented Paul Hicks and Stavros Zouliatis.

The prices are € 8.50 for each single pack of four figures unless otherwise noted. The following packs are available (please click on the set names for pictures) :

Figures come unpainted and may require assembly, they are shown painted as a guide. To view pictures, just click on the code/name of the pack above.

Please add the following postage cost to your orders:

*For large orders or over ten packs, please contact with me.

For orders and questions, please contact with me via: bacninh_miniatures@yahoo.com